The Filth and the Fury

The Filth and the Fury 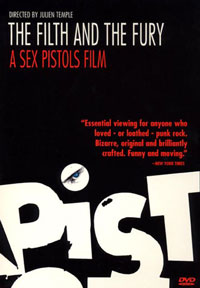 Synopsis:
The Filth and the Fury is an irreverent, shocking portrait of the most notorious rock group of all time. It documents the story of The Sex Pistols, charting their rise from the litter-stacked back-streets of '70s London through their crucifixion by the British tabloids, canonization by hundreds of thousands of fans around the world and ultimate implosion on tour in America. Myths are debunked, scores are settled and the words of the band are heard for the first time as they step once and for all away from the shadow of their one-time manager Malcolm McLaren.