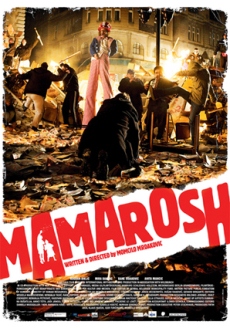 Middle-aged Pera is a film projectionist and still living with his mother Mara during the 1999 NATO bombing of Serbia. He and his mother flee to the USA, where the new age of cinema digital projection has started and thus, he cannot do what he has done all his life, creating magic with the flickering light of a 35mm projection. However...