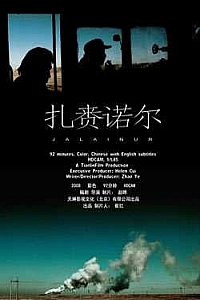 Synopsis:
The two protagonists of this film are Old Zhu, a steam train driver, and his apprentice, Li Zhizhong, a train signalman, they have worked very closely together.  They are inseparable, both at work and around the colliery after work.
However, one day Zhizhong finds that his old friend is not driving the train and is not at the colliery where he has worked for over 30 years.  It transpires that Old Zhu has decided to retire a few weeks early and has just left to be with his daughter, who lives with her husband very near the border. Zhizhong gets on the road and starts to follow Old Zhu.

About the director:
Zhao Ye (1979, China) graduated from Beijing Film Academy in 2004. He directed his first short, the animation Cai Wei, in 2004. His début feature Ma Wu Jia (2007) screened at numerous international film festivals and won the Best Picture Award at the China Independent Film Festival.