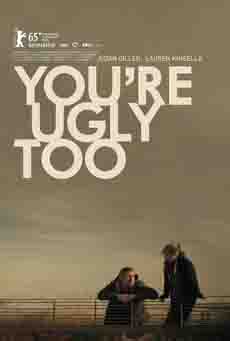 Stacey has lost both parents. Her uncle Will has been released from prison ahead of time so that he can look after her. He is her closest relative. Stacey regards Will with a great deal of scepticism – particularly since he refuses to tell her why he went to prison. The duo find a new home in a trailer park. But life is far from easy for those who live here. Stacey also has a habit of suddenly falling asleep due to the narcolepsy from which she has recently begun to suffer. Will tries hard to be a good father to the unapproachable girl; it is imperative that he finds a job and prove himself in the world out there otherwise he will wind up in prison again. But his new situation places too many demands upon him; in a bid to dull his senses he hits the beer – and even Stacey’s medication. Stacey keeps on asking her uncle the same question, but Will cannot bring himself to give her an answer. When she finally discovers the truth, it comes as a big shock. Laced with typically Irish humour, Mark Noonan’s feature debut takes a laconic look at how this uncle-and-niece duo gradually begin to grow on each other – and also demonstrates how honesty and trust go hand in hand.
Festivals and awards: