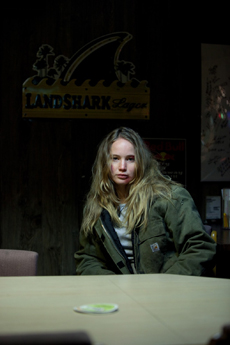 Deep in the Ozark Mountains, clans live by a code of conduct that no one dares defy—until an intrepid teenage girl has no other choice. When Ree Dolly's crystal-meth-making father skips bail and goes missing, her family home is on the line. Unless she finds him, she and her young siblings and disabled mother face destitution. In a heroic quest, Ree traverses the county to confront her kin, break their silent collusion, and bring her father home.

Debra Granik attended the graduate film program at NYU, where she won awards for her short film, Snake Feed, including the Jury Prize for Short Filmmaking at the 1998 Sundance Film Festival. She was selected to attend both the Screenwriters and Directors Labs at the Sundance Institute, where she developed Snake Feed into a feature-film script. Winter's Bone is her second feature film.