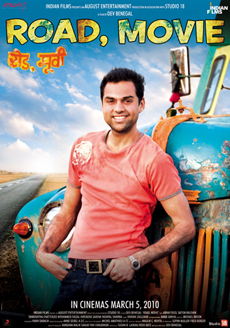 An old truck beckons, which Vishnu sees as his ticket to freedom. He offers to drive the antique Chevy across the desert to the sea, where it has been sold to a local museum. As he sets off across the harsh terrain, he discovers he’s not merely transporting a battered vehicle, but an old touring cinema.

Dev Benegal’s work represents modern Indian cinema, which is distinct from the realist or popular traditions of Indian cinema. The strength of his films has been their humor, his characters and his unique style, combining Indian narrative and western genre.