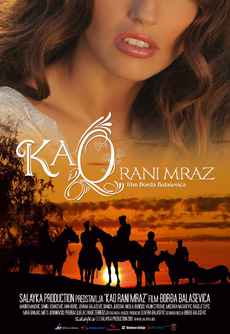 Synopsis: (Out of competition)

"Like Early Frost" was based on the novel-screenplay named "Like Early Frost (Nikola's Story of Vasa Ladacki)" by famous Serbian music author and poet Djordje Balasevic who also directed the film. It is a story about love, based on one of Balasevic's signature songs "Story of Vasa Ladacki" but this time seen through the eyes of his nephew Nikola, a witness to everything that has happened after events depicted in the song.