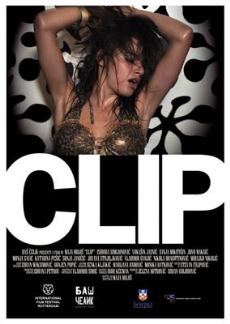 Screenings sold out in advance, especially for the films from competition selections National Class, Exit Point, Educons Hungry Days, review selections – MTV presents Burn Planet Rock and 3600 are an undeniable proof of films being a significant part of modern culture and communication, and a necessity of young people.

This year’s Cinema City was especially marked by the visit from members of the Board of the European Film Academy and a significant number of domestic and foreign film authors and professionals, while special attention was given to the guest appearance of German director Andreas Dresen. The success of this year’s festival was owed in part to the educational platform Cinema Now Live Academy, dedicated to students and young professionals from the world of film, through a series of lectures and unique opportunities of conversing with world-renowned film professionals, such as Nik Powell, Laurence Herszberg and many others.

The best film within National Class competition selection was “Clip”, directed by Maja Miloš, while the jury of the international competitive selection Exit Point chose to give this award to Fillipos Tsisos’“Unfair World”. The competitive selection “Hungry Days” presented excellent first and second films from authors coming from around the globe. The jury of this category declared Kleber Mendonça Filho’s “Neighbouring Sounds” as best film. The award for best film in the Up to 10,000 selection, which continues to gain in popularity, especially among young film artists, was given to Srđan Keča’s “Mirage”.