“The Hurt Locker” after the closing ceremony 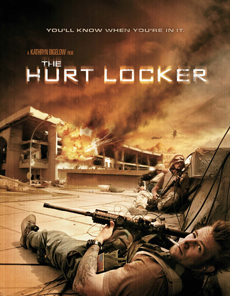 Gala closing ceremony of this year’s Cinema City Film & Media Festival begins tonight at 21:00h at Katolicka porta open-air cinema. During these last eight days, we had 80.000 visitors who had unique opportunity to enjoy truly diverse and quality film programme. A great number of films had its premieres right here at Cinema City 2010. Premieres, repeats, competition and review programmes all received the same level of attention and, judging by the number of those attending, it was really hard to differ what was a premiere and what was, say, review and exactly because of all those people (from both sides of the screen) who came and supported our efforts this city truly became cinema-city.

After the closing ceremony is over and after all the awards went to their new owners, audience will have a chance to see Kathryn Bigelow’s Award Winning film “The Hurt Locker” and with it we will officially close this year’s edition of Cinema City Film & Media Festival.

Kathryn Bigelow’s war drama “The Hurt Locker”, winner of six Oscars at this year’s ceremony is a harrowing tale of elite bomb squad unit, volunteers working in one of the most dangerous places on Earth. This tense insight into unit’s attempts at maintaining peace and the dangers they face on daily basis within tumultuous Iraqi war zone is based on experiences of Mark Boal, a journalist and screenwriter who spent time with special unit in Iraq.