“The White Sheik”, Fellini’s first independent directorial debut, brings into focus his style and themes which distinguished him from other directors and brought him world recognition. This film also marks the beginning of a fruitful cooperation with the actress Giulietta Masina and the composer Nino Rota.

The newlyweds Wanda and Ivan Cavalli arrive from a province into Rome, for their honeymoon. Wanda, obsessed with “the white sheik”, a protagonist from a soap-opera photo strip, sneaks out in search for her imaginary hero, leaving her traditional and conventional husband and his family alone in their intent to receive an audience with the Pope. The main theme of this early work of Fellini’s deals with man’s preoccupation with frivolous and his passionate infatuation with illusion. 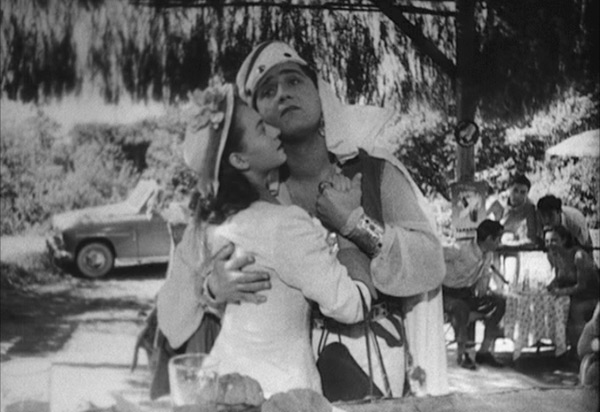 Fellini was born on January 20, 1920 in Rimini. During his time, he was regarded as a critic of social phenomena in postwar Italian society. Born in a middle-class family, he spent his childhood devising ways of ditching school and the most frequently told anecdote from his early life is one about his short escape in order to join a traveling circus. A turning point in his development as an artist and a director was his acquaintance with the director Roberto Rossellini with whom he cooperated from 1945-1946 as both co-writer and assistant director on Rossellini’s classic neorealism films “Rome, Open City” and “Paisan”.

Subequently, Fellini went one step further and deepened the poetics of neorealism by becoming a representative of the so called neorealism of the soul. This practically meant bringing psychological notes into the main themes of classic neorealism, those based on economic and social woes. During his life, he directed a total of 20 films and his legacy was crowned by no less than 5 Academy Awards. Pedja’s Film Collection already brought you the opportunity of enjoying his films, first in 2008, with “Juliet of the Spirits” and in 2010 with “Amarcord”. This year, selector Protic and “The White Sheik” are inviting you to, once again, laugh with Fellini’s majestic film adventures.