Legendary director Howard Hawks, who brought us timeless classics such as “Rio Bravo,” “Red River,” “El Dorado,” and “Hatari!” also gave us “Bringing Up Baby” one of the most significant comedies in the history of American cinematography. Although it flopped at box offices leaving even Hawks disgruntled, it stood the test of time and now both the audience and the critics recognize it for the masterpiece that it is. 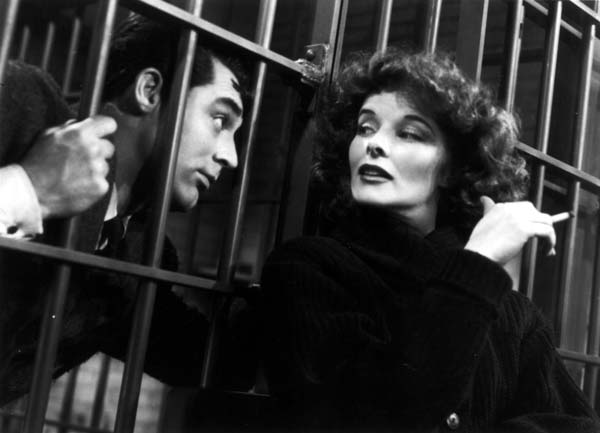 Doctor David Huxley, played by unsurpassable Carrie Grant, is a clumsy scientist who’s been trying to reconstruct a skeleton of a gigantic brontosaurus for the last four years. Shortly before marrying his dominant, officious assistant Alice Swallow, his life turns upside down. While playing golf with the lawyer Peabody who’s representing Elizabeth Random, a potential benefactor for Huxley’s museum, he meets Susan Vance, a pretty and very independent girl, played by Hollywood diva Katharine Hepburn. She is a lively and scatterbrained girl who, right from the start, draws Huxley into a world of trouble.

Hawks directed “Bringing Up Baby” using the so called screwball comedy. This type of comedy contains easily recognized elements, such as fast rhythm, knockabout situations, sharp retorts, emphasized relations between men and women etc. Hawks used this last element in a spectacular manner. Carrie Grant played his charm card and produced the spectacular character of a slightly confused scientist. On the other hand, Katharine Hepburn, with her independent and confident manner had no trouble creating her movie counterpart. Carrie Grant’s character was modeled after Harold Lloyd, a star of the silent comedy era.