Final selection for Cinema City Up to 10,000 Bucks program

We are presenting the final selection for one of the favorite programs of the Cinema City International Film Festival - Up to 10,000 Bucks which will be shown on 1-3 September within Gradic Fest at the Lower Town of Petrovaradin Fortress, better known as Gradic.
After a record number of 1200 submitted films, 32 best low-budget films from 20 different countries are selected.

Up to 10,000 Bucks is a competition program that exists since the very beginning of the Cinema City International Film Festival and showcases movies produced with a budget of less than $ 10,000. The program presents feature films, documentaries, animated films, student and experimental films, all bound by the courageous venture of talented artists who are capable of creating a magnificent piece of art in spite of the lack of the financial assets. 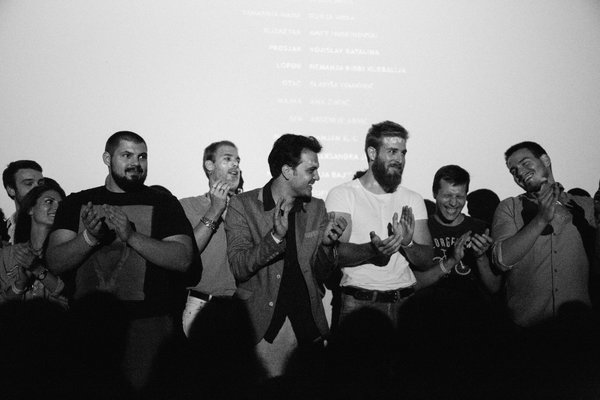 Long-standing selector of this program, Miloš Pušić, who chose this year's films together with Goran Sadžak, stated: "There is a growth of people interested in a film around the world. Technique is increasingly available, but the creativity of the author can be seen in films independently of the budget. Often zero-budget films bring some of the most interesting and freshest in this selection. Many films are not found in the program due to limited time. In this birthday, 10th jubilee year, you will see the most interesting selection of Up to 10,000 Bucks until now. Be patient, however. Movies will surprise, cheat and excite you. Because nothing is what it looks like at first sight... ".
The list of selected films:
Chocolate wind, Ilia Antonenko, 24 min, Russia, Fiction;
Cross-country drive, Borbála Nagy, 21 min, Germany, Fiction;
#selfie, David M. Lorenz, 7 min, Germany, Fiction;
Bee Stung In Big Little Bees, Marko Đorđević, 21min, Serbia, Fiction;
Fluffy, Lee Filipovski, 25 min, Serbia/Canada, Fiction;
A Handful of Stones, Stefan Ivancic, 14 min, Serbia, Fiction;
Bitchboy, Måns Berthas, 15 min, Sweden, Fiction;
I saw it, Hae Seong Jeong, 20 min, South Korea, Fiction;
Window to happiness, Drago Latinović i Ilija Galonja, 8 min, Serbia, Documentary;
Nobody here, Jelena Gavrilović, 20 min, Serbia, Fiction, Student;
Hunger, Tamara Todorović, 15 min, Serbia, Fiction;
South Pole, Emin Akpinar, 5 min, Turkey, Fiction;
On the Road, Bartosz Nowacki, 23 min, Poland, Fiction;
Cleo, Sanja Zivkovic, 13 min, Canada, Fiction;
Lethe, Eric Romero, 20 min, Scotland, Fiction, Student;

The 10th edition of the Cinema City International Film Festival will be held at the new, magical location - Lower Town of Petrovaradin Fortress in Novi Sad, a unique and charming baroque quarter with narrow streets, in cooperation with the Street Musicians Festival, Pop up (Berberaj & Public P), Scenatoria, Suburbium, Ugrip, Fruškic, Happy Trash Production and AAaaa festival.
This year Cinema City International Film Festival will celebrate 10 years of existence and promotion of the highest quality film achievements from the country and the world. As in previous practice, Cinema City has been trying to respond to current needs and changes in society, therefore this year we will join Gradić fest, an initiative that seeks to show the importance and beauty of the cultural and historical heritage of Novi Sad.
In cooperation with the Street Musicisians Festival, Pop Up (Berberaj & Public P), Scenatoria, Suburbium, Fruskic, Happy Trash Production, Ugrip and AAaaa festival from Novi Sad, Cinema City will paint the Lower Town of Petrovaradin Fortress for three days with the highest quality film, music and conceptual-artistic content.
This year visitors will also have the opportunity to enjoy the cinematic achievements of traditional Cinema City international film festivals selections such as National Class, 360 Degrees, Fresh Danube Films, Up to 10,000 Bucks and Planet Rock. Also, it is important to note that the entrance to all projections within Gradic fest will be free.
Tweet