Among domestic premieres this year is Love Hunter, directed by Nemanja and Branislav Bala, which is set to premiere on Thursday, June 26 at the main hall of Arena Cineplex. The second screening will be under the summer sky of Amstel Open Air on Saturday, June 28, the last day of the festival.

Love Hunter is a story of New York adventures and love troubles of Milan Mumin, legendary frontman of one of our most influential bands, Love Hunters. This film will be screened as part of the out-of-competition portion of the National Class selection. After the Saturday’s screening, the audience will get a chance to hear Love Hunters live, whose concert will officially close the Festival. 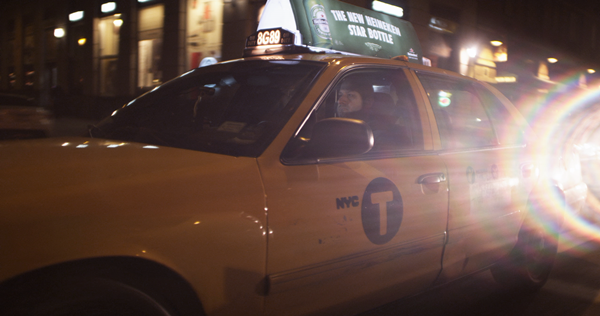 Love Hunter, as the authors themselves say, present “the destiny of a passionate man, artist and immigrant at the crossroads of his life.” The music of Mumin’s Love Hunters, whose artistic expression fought the repressive regime of the 1990s, had strong impact on the entire generation to which the Bala brothers belong. They remember Milan Mumin as an “influential and intriguing figure of Serbian r’n’r”. Ten years later they will happen to meet Mumin, now a taxi driver in New York, trying to live his dream and publish an American album. Observing his everyday struggle to once again build his music career, they will soon stumble upon an idea to record his adventures on film, as a mix of documentary, music and narrative genre. The result, of course, is this rock musical of sorts.

In Love Hunter Mumin will take us on one of his taxi drives through the streets of New York, which is his way of collecting money he needs to publish his album. We will find that he lost his bass player, and that his New York replacement is a girl in whom he is romantically invested. However, Milan’s long-time girlfriend from Serbia comes to New York with different plans for their future. 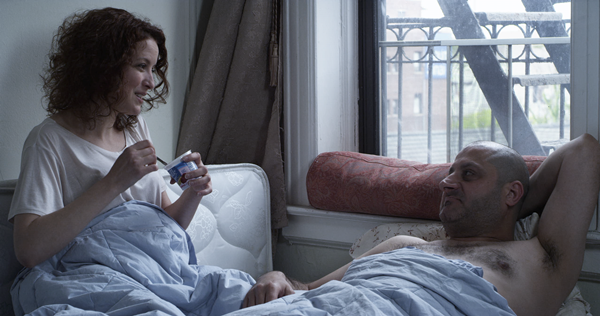 Although Novi Sad-born, the Bala brothers attended film studies at Columbia University in New York. They live and work in the USA. Love Hunter is their first feature film, and also their debut in terms of direction, screenwriting, production and editing. Music is signed by no other than Milan Mumin. The film also stars Jelena Stupljanin and Eleanore Hutchins. The screenplay is based on incredible, yet true events from Mumin’s life and music, and encounters with a wide variety of New Yorkers driving in his taxi.

The Bala brothers explain the guiding principle behind this film “To succeed in music or film is rare, almost a dream. It is even harder if you’re an immigrant. We left our countries and families, and thus created a void in our inner world. Art was often a companion that helped us fill the void. However, sooner or later every artist must face a dilemma whether to love his art or another person. Is there room for both?” Love Hunter tries to give some answers to these questions through the portrayal of dreams and realities of this unique music artist.

What’s interesting is that the film was shot almost entirely without budget, but this lack of funding was more than compensated with the creativity and enthusiasm of the authors and Mumin’s unique charm and charisma. The fight and effort invested into making of this film perfectly reflect Mumin’s struggle to complete and record his album in New York. That is why, according to the authors “The passion for film, music, and above all the desire to make our voices be heard” are the driving force that fuels Love Hunter.