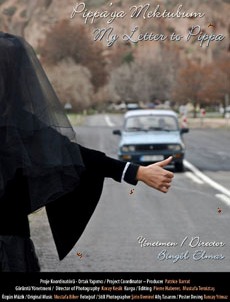 “My Letter to Pippa” documentary came as an answer to the violence over women in Turkey. From murder to rape, family violence and "honour crimes", according to survivors’ testimonies, one third of women in Turkey are victims to some form of molestation. The public promotes emancipation through education and social status, but that appearance doesn’t correlate with reality. There are numerous women’s solidarity movements which are fighting this unjust situation. Inspiration for this film were the last days of life of Pippa Bacca, a young Italian artist who left her hometown of Milan in a white wedding gown. Her plan was to hitchhike all the way to Jerusalem, as a symbolic “bride of peace”. Her journey was tragically cut short on March 31st 2008 not far from Istanbul where she was brutally raped and murdered. The horrendous death of this young artist and reactions that followed caused a great scandal.

Director Bingöl Elmas embarks on Pippa’s planned journey, wearing a black wedding gown instead, with intent to introduce us with the scenery and the people young artist was supposed to meet. This voyage is a tribute to Pippa but to all other women, victims of violence in Turkey. “My Letter to Pippa” is a consequence of a personal expression by young director Elmas who wants to trust people, especially her own people. With war and violence all around us, women want to find serenity and tranquility for themselves. In her film Elmas is not gloomy, angry or scolding, but utterly sincere and spontaneous. 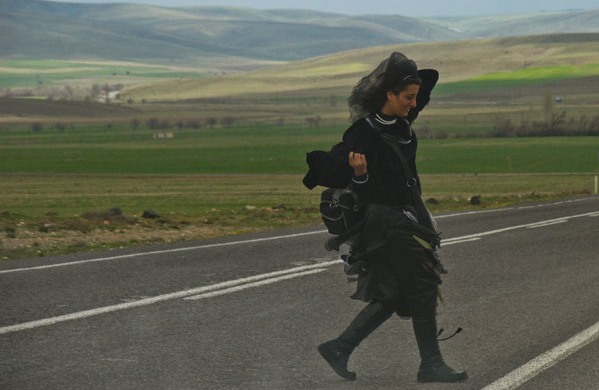