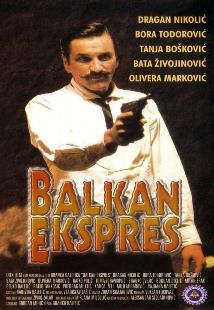 In this entertaining, clever satire, it is the beginning of World War II and a group of con artists and thieves decide to pose as musicians under the rubric "The Balkan Express." They tour the country and vie with each other for how much they can pilfer, scam, con, or lift from the unsuspecting citizenry. Their talents are put to the test when a German officer falls for the singer in the group, and they decide to use him to obtain important ID papers for everyone. But life is never easy, and when a 10-year-old Jewish girl needs help in hiding from the SS in order to escape being sent to a concentration camp, the group of thieves not only decide to protect the girl, but join forces with the underground resistance fighters to get rid of several German officers at the same time.
Music: Zoran Simjanovic