The Clash: Westway to the World

The Clash: Westway to the World 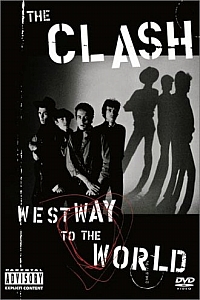 Synopsis:
This efficient, enjoyable documentary charts the rise and fall of the British punk group the Clash, widely considered one of the greatest bands of all time. Checking in at a brisk 60 minutes, Westway to the World follows a fairly traditional format, interspersing talking-head interviews with band members, live concert clips, still photos, and other assorted footage. Directed by Don Letts, a friend of the band, the movie limns a portrait of a band that took its music and politics seriously. Westway to the World recounts the group's swift rise, as it broke through the formal and commercial limitations of punk - only to fall apart, Behind the Music-style, as it was reaching the peak of its worldwide popularity. Although not as virtuosic as its subject, Westway to the World nonetheless offers an informative and entertaining look at one of history's most important bands.