The ninth edition of the Cinema City Festival, which is to be held from 25 June to 2 July in Limanski Park and Chinatown, in Novi Sad, brings, as ever, an unconventional film selection, which will be presented within carefully conceptualized categories. The festival program scheme is based on the promotion of debut and follow-up films and young film talents, as well as on a fantastic music program presenting some of the most prominent regional music celebrities. 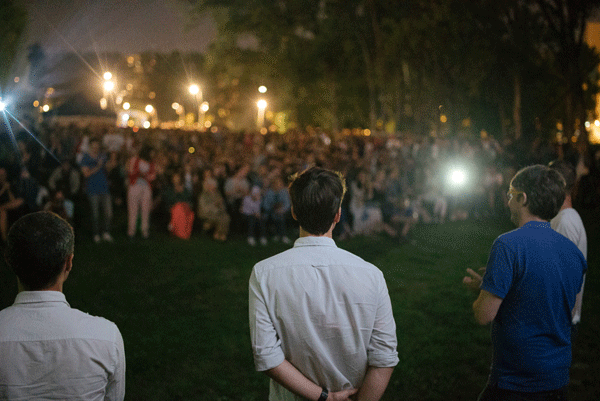 As always, all festival events will be concentrated in a single, unique pavilion, the new Creative Quarter in Novi Sad – Liman Park and Chinatown – colored by the authentic spirit of the revamped industrial zone. All visitors who buy the festival tickets and exchange them for Cinema City wristbands are granted admission to the festival zone and will have full access to all festival events – the choice as to which programs to see is left to their own discretion.

There are three types of tickets available for purchase:

Cinema City Daily Ticket
One-day pass granting admission and access to all festival events scheduled for the selected day, at the price of RSD 250

Cinema City Package
Full festival pass granting admission and access to all events during the entire course of the festival, at the price of RSD 950.

Cinema City SUPER
Full festival pass granting admission and access to all events during the entire course of the festival, including seat reservations for every particular film screening, at the price of RSD 1450. 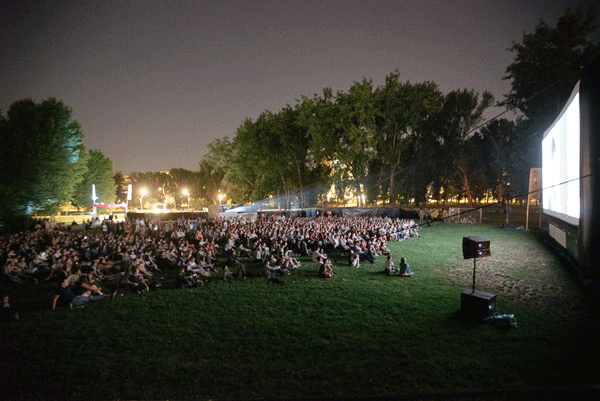 By purchasing a daily ticket or ticket package, our visitors will have the opportunity to take pleasure in all festival events and zones. The festival will occupy the well-known Amstel Open Air Cinema in Limanki park and SKCNS Fabrika Open Air Cinema in Chinatown, SKCNS Fabrika and Quarter pavilions, the beloved Firchie Think Tank, but it will also feature some new, secret spots in Chinatown, such as the new Indoor Cinema. All film screening venues are adapted to comply with the latest technical standards and ensure flawless projections. Additionally, the visitors will have a chance to see an applied arts exhibition, to marvel at the skills of local skaters, chill on the grass or in our lounge bars, food zone and many other amenities.

This year once again, the festival film selection will also be screened in Brod Teatar, an attractive site located at the Danube quay. Brod Teatar is an open-air festival station, open free of charge to all those who wish to visit and feel the atmosphere of this year's festival!

As of June 10, the festival tickets can be bought in advance in all Gigstix retail outlets. During the course of the festival, the tickets will also be available for purchase on the spot, starting from 5 PM.

The visitors can exchange their tickets for Cinema City wristbands on the spot every day between June 25 to July 2, starting from 5 PM.

During the eight days of the festival, the visitors will have an opportunity to explore excellent film program. National Class selection will bring you a new wave of Serbian cinematic achievements, and Fresh Danube Films will present debut and follow-up arthouse films from the Danube region. Up to 10,000 Bucks will once again be the epitome of the finest low-budget movies from around the world, the 360° program will give a comprehensive recap on debut festival hits, and the Planet Rock program will feature music-themed film testimonies of artists who reshaped the world.

Make sure to check out the music program of the festival, featuring a concert by the fantastic Jinx scheduled for June 25, in Chinatown. Their powerful act and pop sound flavored with a touch of funk and jazz, the distinctive voice of the lead singer Yaya will be the highlight of the Cinema City Opening Night. Rambo Amadeus is another legendary name confirmed to perform at the Festival, whose offbeat fusion of genres and reflective texts, spiced up with his well-known charisma, will close the Ninth Cinema City Festival on July 2.