The Samurai in Autumn 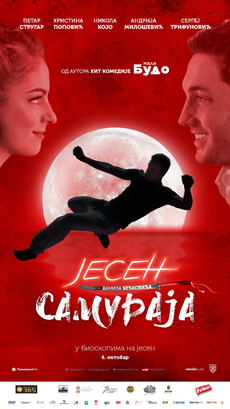 Synopsis:
The Samurai in Autumn is a film with laughs, tears, heartbreaks and martial arts. It’s a story of a karate champion who falls from grace and finds redemption by falling in love with a single mother whose son participates in his karate class. Unable to maintain a lifestyle, he secretly enters the underground MMA fighting circuit and risks losing it all.
Director:
Danilo Bećković graduated from the Faculty of Dramatic Arts in Belgrade with a degree in film and TV directing, and from the Faculty of Philology in Belgrade with a degree in general literature and theory of literature. His debut film Mali Budo made in 2014 was the most popular comedy and third most popular in Serbia in the last ten years. His movie The Samurai in Autumn was second most popular film in cinemas across Serbia in 2017.