The Prodigy: World's on Fire 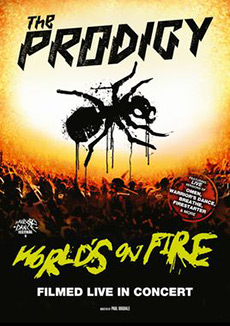 In the Spring of 2011 The Prodigy released their debut live film documenting their biggest concert to date – their own Warrior's Dance Festival at Milton Keynes Bowl, recorded in the Summer of 2010. The epic performance was screened for one night only around the globe featuring incredible visuals and audio engineered by the band themselves on 5.1 surround sound.

Graduating from Central St. Martin's, shot to fame directing live work and music videos for a wide range of artists. Having received two nominations in 2009, 2010 brought even greater success for Paul when he won the UK music video award for Best Live Music Coverage for THE PRODIGY: WORLD’S ON FIRE.