At the End Café of Arena Cineplex, beginning at 13h today, visitors will have a unique opportunity to meet and talk to Ana Ularu, lead actress of “Outbound”, which premiered yesterday within the Exit Point selection. Ana Ularu was born in 1985 in Bucharest. By the age of 25 she already received recognition for her acting talent, playing lead roles in Napoleon Helmis’ and Radu Muntean’s films. 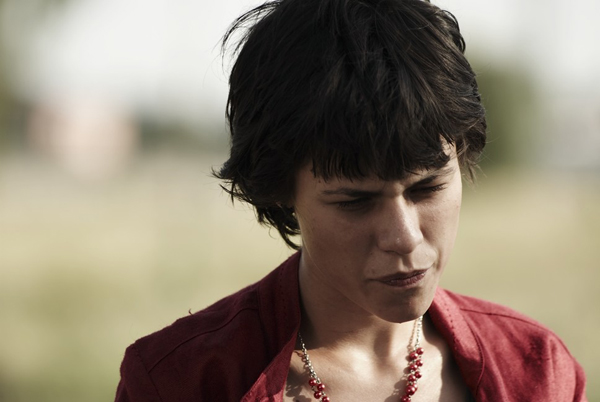 At Cinema City visitors had a chance to witness her talent in Bogdan Apetri’s latest feature. On his film and the character of Matilda, played by Ana Ularu, Apetri said: “What particularly vexed me was the 24-hour timeframe. How much can we really find out in just one day? And, what’s even more important, how? The nature of Matilda’s character just added to the challenge. After two years served, Matilda is not someone who easily opens herself to others. As the film progresses and she meets three most important persons in her life (brother, father and son) the picture of who she might be starts to form. We find out bits from her past, we understand her present and we even get a glimpse into one of her futures”.