Over 50 films applied in only seven days

Over 50 films applied in only seven days since the call for entries for Up to 10,000 bucks was officially opened. According to the coordinator of the program, Dina Vuković, so far there are films from Serbia, Bosnia, Montenegro, Albania, Belgium, Croatia, Germany, Greece, India, Iran, Ireland, Israel, Malaysia, the Netherlands, Portugal, Romania and the United States, while some films are a co-production between Ukraine and Azerbaijan, Cuba, Finland and Spain, Belgium and Bolivia. 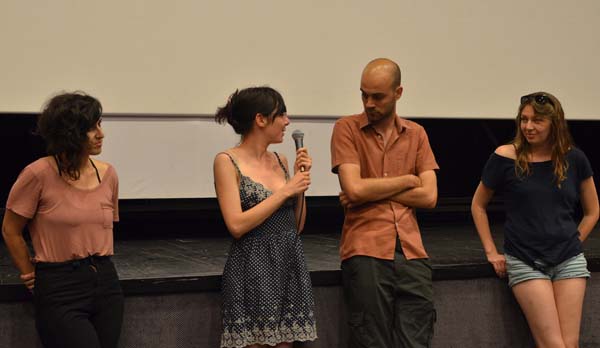 Up to 10,000 bucks selection is part of the Cinema City festival since its inception. The interest of young authors from around the globe for this particular programme grows each year. Only last year 200 films from around the world applied. Authors from this selection are primarily connected through tremendous creativity and a will to gather a crew and pour their ideas into a film while having minimum budget.

This year’s selector will be Maja Miloš, last year’s winner of Ibis award for the best domestic film at the Cinema City festival. Maja will choose the most successful film accomplishments that come from different cultures and are shot with a budget of less than 10,000 bucks. Read more about Up to 10,000 bucks call for entries here.