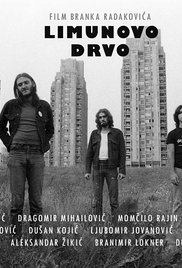 This is the story about the legendary rock band Lemon Tree, founded by Milan Mladenović, Milan Stefanović and Dragomir Mihailović in Belgrade in 1977. The band fell apart in 1980. Two members of the band, who are still alive, recall that creative period of it, together with their friends, who they cooperated with. Even though the band didn't publish any album, testimonies of numerous journalists, rock stars and myriad artists reveal why Lemon Tree has been among the most important Serbian bands. All this is also backed up by unique live recordings of their two concerts (one from 1978. and the other from 1979) in one can clearly hear specific energy and personal stamp of the authors.
Director:

Branko Radaković was born in 1982 in Paraćin. He founded his rock band Argus in 1996, where he wrote music, texts and played the lead and rhythm guitar. He graduated in 2005 from the College of Fine and Applied Arts in Belgrade. The same year, he started living in Bač, where he still lives and teaches art in a primary school. He wrote a book of poems entitled Trag koji ostaje. His film Pozdrav video kasetama! was nominated in 2012 for the best short film in the Art on video category at the Art Deco de Cinema festival in Sao Paolo. In 2013 he was awarded Best Director for his film Turist at the ProFiRe Short Film Festival in Edinburgh. His films Glas Božiji u narodu, To moram and Lokacija won awards in Serbia.
Original language: Serbian
Subtitle: English