“The most intimate rock doc ever”, Rolling Stone

At the 8th Cinema City festival, which will be held from June 29 to July 5, music and film will converge on the Planet Rock Music Stage as part of the Planet Rock selection, which always draws much attention due to its great choice of music films. This year’s selection is led by Kurt Cobain: Montage of Heck, written and directed by Brett Morgan, which Rolling Stone characterized as “the most intimate rock doc ever”. Expect many other music film hits, such as Depeche Mode, Finding Fela, and Street Musicians.

The eighth edition of the Cinema City International Film Festival will be held under the motto In the right place at the right time, meaning in the new creative district comprised of China Town and Limanski Park in Novi Sad, from June 29 to July 5. The audience will get to see 70 films, including music films from the ever popular Planet Rock selection, which will be part of the programme at the Planet Rock Music Stage & Open Air Cinema, along with music programme of the Cinema City festival, which includes 7 concerts of very different bands and artists: Jarboli, Threesome, Stray Dogg, Iskaz, Zemlja Gruva, Vis limunada, and DJs Flip & Rasheed. 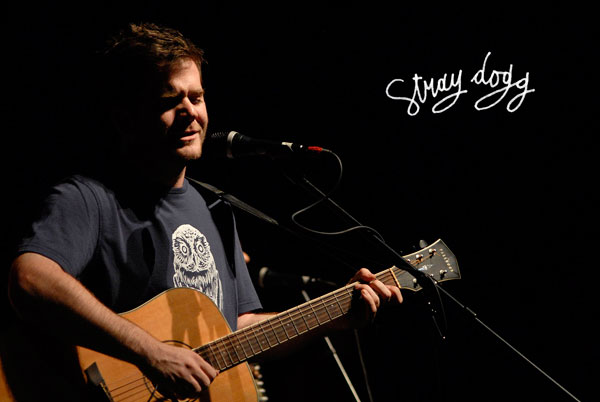 Films about music stars and legendary bands and their incredible life stories and careers are brought to the big screen by renowned directors and actors and remain the heart of the Planet Rock selection. This year’s lead film from Planet Rock is the story about Kurt Cobain, the leader and spiritual centre, frontman, songwriter, and guitarist of the grunge group from Seattle – Nirvana. This film was described by the eminent music magazine Rolling Stone as “the most intimate rock doc ever”. Following its Sundance premiere, Frances Bean Cobain, the only daughter of this celebrated musician, hugged the screenwriter and director of this film, Brett Morgan and told him: “You’ve made a film I wanted to see”. In the documentary Kurt Cobain: Montage of Heck, which, as stated by The New York Times, “pulsates with vitality and rage”, we are following the life of this famous artist, from his toddler years to the turbulent glory days.

The audience will also get a chance to see a phenomenal documentary on one of the best concert performances of the cult electronic band Depeche Mode, shot from the perspective of a renowned Dutch photographer and revolutionary director, Anton Corbijn. This is the opportunity for all the fans who failed to attend the concert held in Berlin’s O2 World arena as part of the most fascinating Delta Machine tour, during which the band performed before 2.4 million fans in 32 countries, to see it and enjoy some of the greatest and most recognisable hits, including Personal Jesus and Enjoy the Silence.

The indispensible festival hit, Finding Fela, signed by one of the most respectable documentarians of today, director and Academy Award winner, Alex Gibney, is a portrayal of the life, music, and social and political engagement of Fela Anikulapo Kuti, a Nigerian who is the pioneer of the Afrobeat music genre. Fela expressed his revolutionary attitude towards the dictatorial Nigerian authorities during the 70s and 80s through his music, which is still strong today and very current among the members of the political movement of the oppressed, who are using Fela’s music and message in their fight for freedom. It is clear why Sundance review states that “No individual better embodies African music of the 1970s and ’80s – and its pivotal role in postcolonial political activism—than Fela Kuti.”

As part of the music selection, we will present a documentary Street Musicians, which was signed by a group of young local authors from Belgrade and directed by Nemanja Babić. This documentary presents a very unique Novi Sad festival, which is specific for its atmosphere of street spectacle participated by both the performers and the audience. Visually stunning and with an almost impeccable sound, this film offers great fun but is also an emotional roller coaster that will attract those who are yet to come to this festival, and make it even more appealing to those who already love it.