Film repertoire on the second day of the Festival 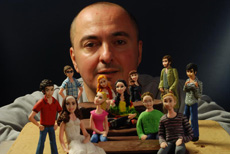 At Serbian National Theatre, at Pera Dobrinovic Hall, at 13:00h, don’t miss the repeat screening of Burton’s film vision of “Alice in Wonderland”, Lewis Carroll’s undying classic. After that, at the same location, at 15:30h you can see a spectacular animated comedy-adventure about unusual group of Viking heroes, named “How to Train Your Dragon”, which was especially recommended by Animatrix selector, Aleksa Gajic. At 18:00h visitors can see awarded Romanian thriller “Katalin Varga”, an incredible story of a woman hurt, who embarks on a path of deadly revenge.

The same location brings a premiere of Janko Baljak’s “Blue Train” at 20:30h. This is the first premiere within National Class selection. Audience will get a chance to greet with applause the film crew. After “Blue Train” we’ll be traveling through the region and so the visitors will have a chance to see a great romantic comedy “I Believe in Angels” by Croatian director Niksa Svilicic.

On Sunday, June 6, Katolicka porta screens two extraordinary premieres. At 21:15h we’ll see a comedy from Exit Point selection “A Matter of Size” where four friends, faced with their obesity problem, find and finally accept their true selves in the world of sumo wrestlers. At 23:15h we’ll see a German comedy “Whiskey with Vodka” by Andreas Dresen where an actor stumbles into a number of funny and charming situations. 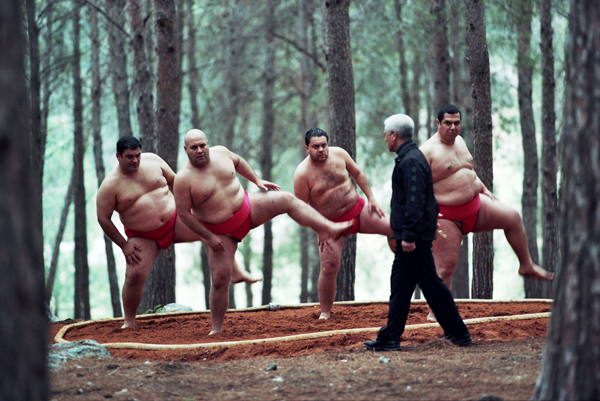 At Youth Theatre’s Main Hall, we’ll have a chance to see “Electrically Powered Music” on one of the most popular musicians from former Yugoslavia, Momcilo Bajagic Bajaga and his band, Instructors. Film night at Youth Theatre will continue in the same manner with „Gogol Bordello Non-Stop” starting at 22:00h, a film testimony on an incredibly energetic and certainly the most famous Gypsy punk band in the history of music.

At Youth Theatre’s Small Hall, at 18:00h we’ll see “Tesla's Cabaret” by Dragan Stojmenovic, after which comes Animatrix premiere of “Mind Game”, a shocking and original Japanese anime which guides us into a neverending adventure. After 21:00h you will be able to see screenings of films from competitive selection Up to 10.000 bucks where you will see “3000 Lives of Butterflies” and “The Story of Jan Lenhart”.

Open-air cinema at Dunavski park will bring us into new animated adventures, first with Corto Maltese - Ballad of the Salt Sea at 21:15h, which will officially open the film series on Hugo Pratt’s cult comic book hero. After this film, lovers of anime will be have a chance to enjoy “Steamboy” where lead hero tries to use his invention to fight evil, guarding the city from total annihilation.

Projections at Museum of Contemporary Art of Vojvodina begin at 20:00h with “China’s Public Enemy No. 1: Rebiya Kadeer’s Battle for the Uyghurs” from Democracy: Export/Import selection, at 22:00h followed by Fellini’s multiple winner “Amarcord” (“I Remember”), a masterpiece of world cinematography.