On the third day of the Festivals, Exit Point presents Agustí Villaronga’s “Black Bread”. Winner of the total of 9 Goya awards and a Silver Seashell for best actress (Nora Navas), starts today at 18h at hall 5 of Arena Cineplex. At the same time and place, at hall 2 don’t miss excellent comedy from Focus: Austria selection, called "The Unintentional Kidnapping of Elfriede Ott". 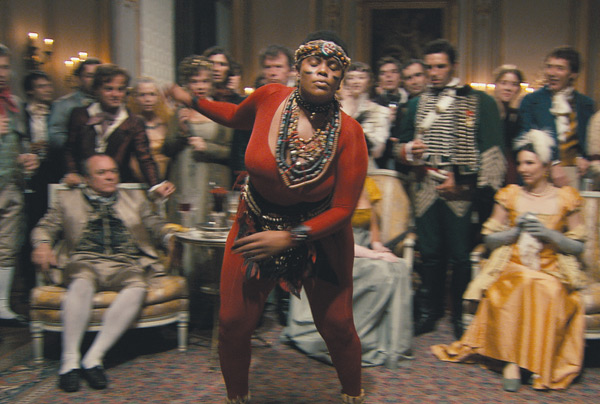 World premiere of Sasa Matijevic’s “He” is reserved for the 20h timeslot at hall 2 of Arena Cineplex. “He” was also included in the programme of the 46th Karlovy Vary International Film Festival, held from July 1 – July 9, 2011. The cast and crew will greet the audience after the premiere. “He” is a story of a thirty year old TV reporter who goes through a rough period: going on an assignment, he starts getting vivid memories of recent past (departure of the woman he loved) which he can’t put behind. After a chance encounter with a somewhat peculiar man in the park he starts discovering things important to him, but invisible and unobtainable to a common man.

At 20:30h in hall 2 of Arena Cineplex, you can see another feature from Exit Point. It is the premiere of Bogdan Apetri’s “Outbound”. Find out what’s in stall for Matilda in her one-day temporary release from jail, and how it will change her future. Ana Ularu, film’s lead actress, came to film’s premiere at Cinema City the audience will have a chance to greet her after the screening.

At 21h at the Cultural Centre of Novi Sad, check out “Crab Trap” from the Hungry Days selection. Oscar Ruiz Navia directed this multiple-winner story set in the Afro-Colombian community of La Barra on Colombia’s Pacific coast.

At 22:30h at Arena Cineplex, hall 2, Balkan Box presents the national premiere of Marian Crisan’s “Tomorrow”. It is an emotional film story of an unusual friendship which trumps language and all other barriers.

One of the most intriguing features this year is certainly Abdellatif Kechiche’s “Black Venus”, which is presented within Exit Point selection. Nominated for the Golden Lion at the 67th Venice Film Festival, this film will shock you with an incredible and true story of Saartije (Sarah) Bartman. The film will be screened at 23h, hall 5 of Arena Cineplex.

At Katolicka Porta, starting at 23:15h, is the national premiere of the magnificent South Korean film, “Night and Day". It premiered in 2008, at Berlinale, when it received a Golden Bear nomination. The same year it received the recognition for best film at the 17th Buil film award ceremony.

Have fun at the premieres on the third day of Cinema City!