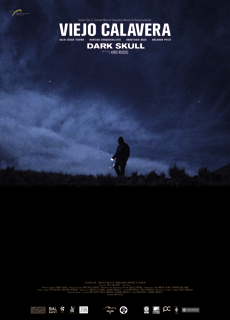 Synopsis:
Elder Mamaní’s father has died, and it looks as if young Elder couldn’t care less, even though he has no one to take care of him now. He goes to live with his grandmother in the outskirts of the mining city, Huanuni, where Francisco, his godfather, gives him a job at the mine. But it doesn’t take long for Elder, who cares more about getting high and wandering through dangerous alleys at night, to mess it up. But he soon finds out about a dark secret regarding Francisco’s involvement in his father’s death…
Director:
Director, producer and scriptwriter Kiro Russo was born in La Paz, and studied directing at the Universidad del Cine in Buenos Aires. He made the short films ‘Enterprisse’ (2010), ‘Juku’ (2012) and ‘New Life’ (2015), winning prices at significant film festivals including the Festival del Film Locarno, the San Sebastian Film Festival, IndieLisboa, the Festival Internacional de Cine Unam, the Jihlava International Documentary Film Festival and the Kaohsiung Film Festival, among many others. Russo’s earlier works have a very close relationship to his first feature-length film ‘Dark Skull’.