Cinema City Day 3: Make Sure to Check out the Excellent Selection of Films

We’re Meeting up in Chinatown and Limanski Park

The second day of the 9th Cinema City Festival was once more marked by s record number of visits at each of the festival venues – all open-air and indoor cinemas filled up to the brim! The Cinema City Day 3 opens at 5 P.M. in the Indoor Cinema, with Marin Malešević’ film Apophenia. In this film, a psychiatrist, who is rather disappointed in his profession, conducts an experiment utilizing apophenia, based on the work of the Latvian scientist Constantine Raudive, in order to empirically determine whether or not there is life after death... The screening of a Fresh Danube Films entry Zhaleika will be hosted in the same place (Indoor Cinema), starting at 8:15 P.M. Directed by Eliza Petkova, this multiply awarded film tells a story of a young girl struggling to live her life her own way and by the rules contrary to the tradition and customs – an endeavor which both her community and her own family treat with contempt and a lack of understanding. After Zhaleika, a portion of Up to 10,000 Bucks entries will be shown. The screening of the films included in Up to 10,000 Bucks section had a highly successful start yesterday. Tonight, these pretty short stories will once again add to the festival atmosphere in the most beautiful way. Tonight’s 10 P.M. slot features the following films: The Bathtub, Driven, First Date, Food First, and Divčibare. 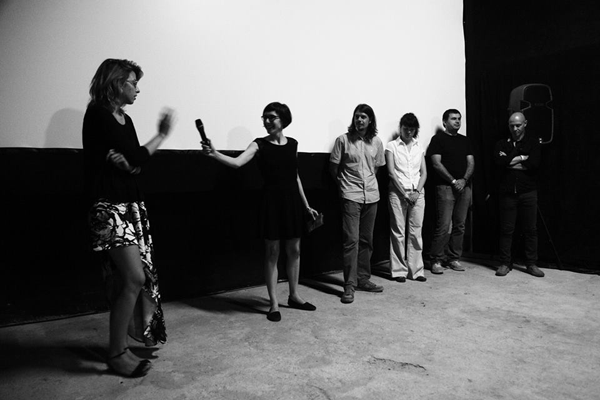 Depth Two, an experimental documentary by Ognjen Glavonić about a mass grave in the suburbs of Belgrade, which, in a meditative and hypnotic manner, directly addresses the experiences, imagination and emotions of the audience, is on at 9 P.M. in the Fabrika Open Air Cinema. At this same spot, starting at 11 P.M. we present Nemanja Đerić’s Nothing in Our Way, a story about a group of hip-hop artists, who get together in order to record a song to celebrate the twentieth anniversary of the regional hip hop scene.

The screening of Mirjana Karanović’s film A Good Wife is scheduled for tonight at 9 P.M. in the Amstel Open Air Cinema in Limanski Park. The directorial debut by the famous actress, which won’t leave you indifferent, is a story about a woman who makes a few striking disclosures, which trigger her "awakening" from the provincial paradise in which she has previously lived. The film features a great cast: Mirjana Karanović, Boris Isaković, Hristina Popović, Bojan Navojec, Jasna Đuričić, Ksenija Marinković, Vlado Kerošević, Hristina Popović, Anđelika Simić, Ermin Bravo, Olivera Viktorović, Isidora Simijonović, Jovan Belobrković, Zinaida Dedakin, Svetozar Cvetković.

At 11 P.M. in Limanski park, Cinema City Festival presents WiNWiN, a biting satire by Daniel Hoesl about irrational wealth that is being accumulated in the global market.

Sonita, the movie which last night won the hearts of the festival audience in the beloved Firchie Think Tank Studio, has its reprise screening today in the SKCNS Brod Teatar, starting at 9 P.M. After that, we will also reprise the films shown on Sunday, June 26, as part of the program Up to 10,000 Bucks.

At 9 P.M., The Firchie Think Tank Studio hosts the screening of the Mladen Kovačević documentary Wall of Death, and All That, which will take you on a journey into the life of a woman who, since her childhood, has been riding a motorcycle on the Wall of Death at carnivals and fairs all across Serbia. Make sure to stop by the party hosted by the amazing Bebi Dol in the Firchie Studio starting at 11 P.M. – an event whose exuberant energy will simply leave you breathless.

Also make sure not to check out the exhibition “Differences”, on show as part of the program Parallels, and the photography exhibition “EU and Serbia: 15 Years of Partnership” organized by the European Union Delegation to the Republic of Serbia and EU Info Point Novi Sad to honor the 15th anniversary of the European Union's development aid to Serbia. This exhibition will be hosted as part of the Cinema City International Film Festival, and its Official Opening is scheduled for today, June 27 at 6:30 P.M.

We wish you an unforgettable film and musical experiences @ #CinemaCity2016!